Extending the battery life of devices is only possible with a proper connector. My UltraBook, however, seemed to be to special...

A while ago the battery of my UltraBook seemed to be damaged. Instead of giving between 8 and 12 hours of battery life, I only got about an hour. Since the battery is integrated into the device, there is basically no hope in replacing it by myself. Additionally the device is a prototype from Intel, which excludes repairs or any hope for refund.

Nevertheless, my plan then shifted to buy a really big portable battery. I found the RAVPower 23000 mAh to be suitable. A short calculation yields that even with 50 W power drain the UltraBook can be powered for another 9 hours (23 Ah with output voltage 20 V is 460 Wh, divided by the power drain of the UltraBook).

The external battery looks beautiful. Especially with the remaining power level display. The next image shows a picture of the device. 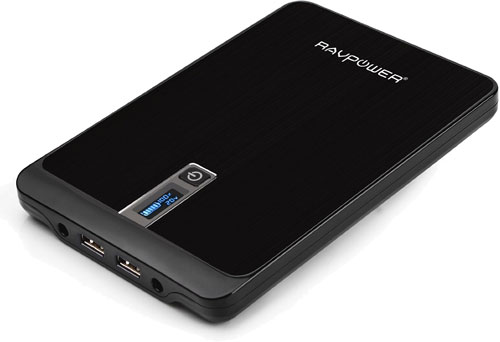 Even better, the device comes with a lot (!) of connectors. Looking at the specification and the provided images, I had quite some hope that a connector the power slot of my UltraBook has been included. Unfortunately the power adapter is not a very common one. Nevertheless it is a standard device that is also sold separately. It has the model number Delta 20V 2.25A ADP-45BE AA AC.

This is a shot of the power adapter, which also shows the connector. As you can guess, the connector for my device is missing. There are many similar connectors in the package, but the closest one that is provided is slightly too big. 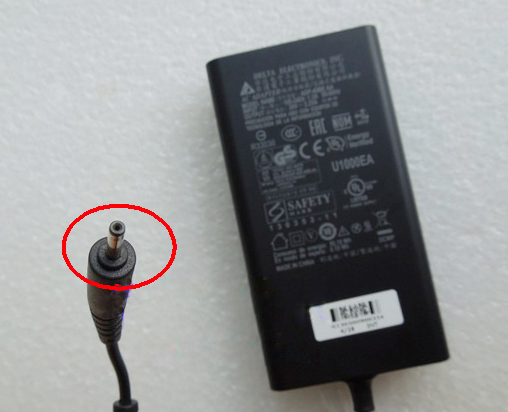 So what can I do about it? My first reaction was to mail the support at RAVPower. They instantly replied, however, they also did not have any experience with the adapter that I am using. Therefore they did not know the specification of the connector. Not to speak of where to get it.

I went to some electronic reseller stores, browsed the Internet and used various search engines. Either general ones or special (hardware) ones. Nothing! But then I decided to try Bing. I usually prefer Google. The reason is simple: I consider myself familiar with the order of the results. Bing basically yields the same results, but often in a different representation / order. Nevertheless, searching with Bing for a 2.5mm cinch power connector got me to a reseller in Germany that seemed to have the desired connector. The connector also had to be able to cope with a load of 20 V with 2.25 A.

On the reseller's homepage I found the following piece: 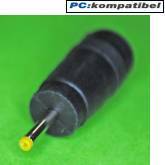 Long story short: It worked. Surprisingly the battery of my laptop was not dead at all. Therefore I now got both options. A laptop capable of around 9 hours and an external battery with additional 9 hours. In a good day I can basically code the whole day without requiring an external power source. How awesome is that?

Yet Another Math Parser
Tags
energyintelultrabookbatteryravpowerpoweradapter
Advertisement
Get in touch